Witold Pruszkowski (1846-1896), born in Bershad near Odessa. He learnt painting from Tomasz Górecki (Adam Mickiewicz’s son-in-law), later in the Munich Academy, and from Jan Matejko in the Cracow Academy. He lived in Mników near Cracow, where his peasant paintings come from. Along with his brother he travelled across Algier, Tunisia and Italy. He exhibited his paintings in Warsaw and Lviv.

Among his favourite themes there were peasants, folk tales and legends, combining realism with fantasy, poetic visions inspired by the works of Juliusz Słowacki, Zygmunt Krasiński and Fryderyk Chopin, and melancholic landscapes. He created acute and unconventional portraits. 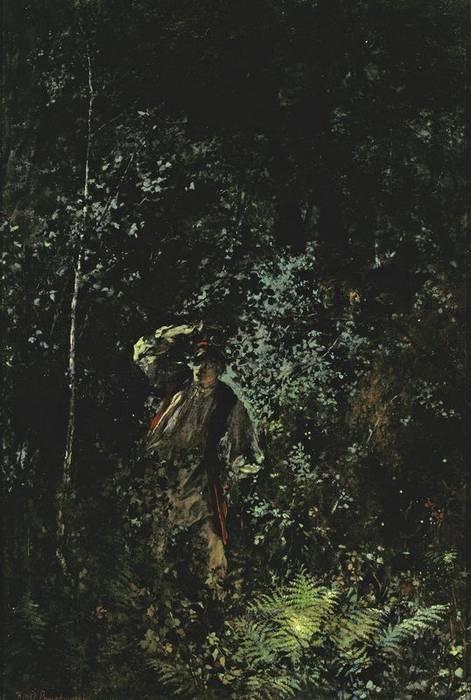